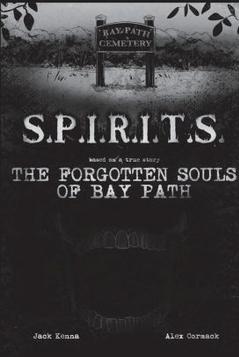 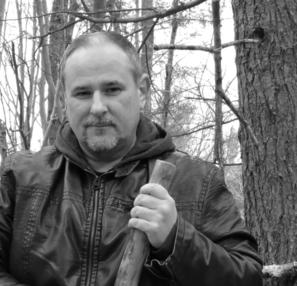 You can find all of Jack's books and novels online at Amazon.com  or Barnesandnoble.com

HAUNTINGS, GHOSTS & DEMONS is a collection of short stories by accomplished paranormal investigator and author Jack Kenna of the TV series Paranormal Survivor and Haunted Case Files. The stories within would seem to be works of pure fiction, but the fact is many of the experiences described in these tales are from actual cases, events, experiences, and even evidence captured by Jack and the S.P.I.R.I.T.S. team during several of their investigations. Still, not all of these stories are based on actual events, but much of the activity described in them is based on documented experiences of real paranormal activity. Shadow figures, objects moving, strange light anomalies, disembodied voices, physical attack by something that cannot been seen, and demonic possession; it all does exist and is real, Jack and his team have witnessed much of it firsthand. Chilling, engrossing, and witty. An extremely enjoyable read for any paranormal or horror enthusiast.

Want to know what Jack is up to? Click here for all of his latest news and events. 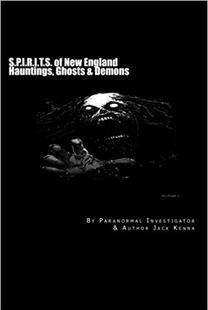 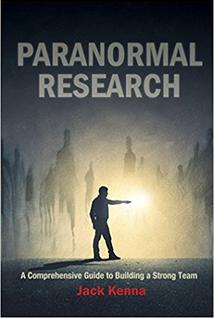 S.P.I.R.I.T.S. - The Forgotten Souls of Bay Pathis Jack's first graphic novel. Written by Jack and illustrated by by the very talented Alex Cormack, this story follows the S.P.I.R.I.T.S. of New England team as they are called upon by a terminally ill man to investigate chilling and ominous paranormal activity he is experiencing within his home. Physical harm, shadow figures, and disembodied voices are just a few of the manifestations of the haunting, but what is causing it all? The team’s investigation will lead not only to answers for the client but will dig up a dark part of American history and bring to light that not much has really changed. S.P.I.R.I.T.S. is a first of its kind graphic reality series based on the actual paranormal investigations of S.P.I.R.I.T.S. of New England. The Author, Jack Kenna, is an accomplished paranormal investigator, considered by many to be one of the top investigators in the field of paranormal research. He is also a series lead on the television shows Paranormal Survivor and Haunted Case Files on the Travel & Escapes channel in Canada, Destination America in the USA, and Really in the UK. Jack is also Author of the books "SPIRITS of New England: Hauntings, Ghosts & Demons", and "Paranormal Research".

Jack's writing is inspired not just by the actual investigations he has been involved with, but also by the history and folklore of locations, as well as the reported paranormal activity of countless individuals and seasoned paranormal investigators throughout the world. His own passion for, and in depth knowledge of, the paranormal and also for writing, combined with his own unique imagination and ability to not just "spin a warn", but also bring the reader into the story with is characters make each of his books a fascinating and engrossing read for young adults to adults.

About S.P.I.R.I.T.S. - The Forgotten Souls of Bay Path

PARANORMAL RESEARCH written by Jack and published by Schiffer Publishing Ltd. provides you with the steps necessary to build and grow a successful paranormal team and to research and investigate haunted locales. Find out how to find and work with clients. Examine the most common equipment used including how the tools work, when to use them, and tips and techniques for optimizing their use to improve capturing quality evidence. Jack and his S.P.I.R.I.T.S. team also take you on several exclusive investigations, offering insights by team members: Visit the Deane Winthrop House to hear a ghostly sea captain telling stories―is his shadow still roaming the basement? Meet a child spirit at Houghton Mansion―did she really die in a fire? This comprehensive, easy-to-understand guide brings a common-sense approach to ghost hunting and offers a wealth of knowledge and experience for a start-to-finish setup for paranormal investigations.