Paranormal Q&A with
​Jack and Michelle

If you missed the latest Paranormal Q&A FB Live show with Jack Kenna & Michelle Desrochers of Haunted Case Files you can watch them at the below links:

As many know Jack keeps very busy. The following are the current television series/projects Jack is involved with. Even if you don't see him on the show Jack is working behind the scenes to help make these international shows a success. All of these shows air on one or more of the following networks:

If you are with the media or represent a production company or producer, and would like Jack to interview Jack or have him participate in your latest project, please use the below form to contact Jack Kenna. He will respond to your email within 48 hours. 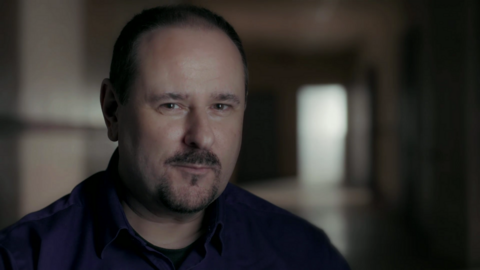 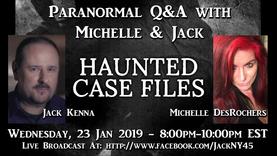 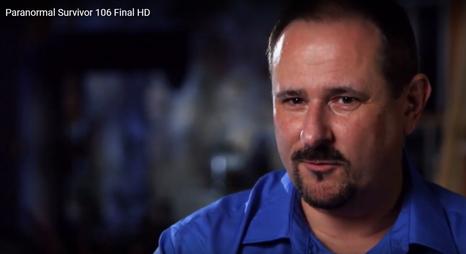 Thank you for contacting us! Jack will respond to your email within 48 hours.

HAUNTED CASE FILES S2  (Filmed 2018)
Jack returned again for Season 2 of Haunted Case Files with a couple of new faces! Jack Kenna brought with him S.P.I.R.I.T.S of New England team founder Ellen MacNeil (https://www.facebook.com/ellen.macneil1) who along with Jack shared her own insights into 5 of their 6 cases for the series. For 1 of the 6 cases Jack's very good friend and founder of the Extreme Paranormal Encounters Response Team (ExPERT) Stacey Horton (https://www.facebook.com/stacey.horton.75), recounted a case that directly involved Stacey and a historical location in Troy, New York not far from where Jack lives and works.  The three of them finished filming their interviews in April 2018, other filming for the show wrapped up in June 2018. HCF2 first aired in Canada and the UK in August 2018, and in the USA in Dec 2018-Feb 2019 in the USA on the Travel Channel.

HAUNTED HOSPITALS (Filmed 2018)
This is a new series produced by Bristow Global Media Inc.
From BGM's website: "Haunted Hospitals is a 13×1-hour non-fiction paranormal series that uses the personal testimonies of medical professionals and patients to explore strange events in hospital settings. Past patients come back from the grave to seek revenge. Medical professionals insist on tending to their ward – even in death. Spirits stalk corridors to warn against impending danger… The fear-soaked stories are told first-hand by doctors, nurses and patients, keeping the storytelling authentic and the horror close at hand. Every story is a nightmarish mix of paranormal encounter and hair-raising mystery, as we unravel the tale of the troubled souls behind the hauntings. Haunted Hospitals is commissioned by Blue Ant Media and will premiere on its T+E channel fall 2018 in Canada. It will also air on Discovery’s Quest Red in the UK and Ireland later this year."

Jack was approached by BGM to take part in this series as a "Paranormal Expert" in which he is interviewed for 9 different stories for the series, providing his knowledge and insight on the activity and experiences reported in each story. We are once again very proud to see one of our team members being involved in such an interesting and exciting project.

A HAUNTING (Filmed 2018)
As anyone who loves the paranormal world knows, the TV show
A Haunting is one of the longest running and most popular series in paranormal television, and for season 10 in 2019 SPIRITS of New England with team members Jack Kenna, Ellen MacNeil and Sarah Campbell will be featured on one of the episodes regarding a residential case the team worked on approximately 30 minutes south west of Boston near Dedham, MA. Jack and the team are excited to be able to be a part of this long running and well loved series, and we hope you all enjoy it as well. The series will air sometime in early to mid 2019. Filming took place 09-10 November 2018 in Sherborne, MA. A Haunting is produced by New Dominion Pictures, Suffolk, VA, USA.

This ia a new series produced by Productions Pixcom in Montreal, Quebec, Canada. From Pixcom's website: "We all have nightmares. But for some, these nightmares represent psychological torture, to the point of becoming a threat to their survival."

Jack appearance on the show is as a "Paranormal Expert" discussing the spiritual/paranormal connection that can take place during our dream state. Jack's completed his on-camera interview for the series in 7 hours, covering over 200 questions, for 10 episodes and 30 stories. His portion of filming was conducted in Montreal, Quebec on 20 January 2019. The series will air in mid to late 2019.

Jack was again approached by Our House Media in late 2015 to be a Series Lead on a new paranormal show originally titled Paranormal Investigators, then later re-titled Haunted Case Files. This new series premiered on cable network Destination America on Sunday, 28 August 2016 at 10pm EST, and included numerous investigations by Jack's S.P.I.R.I.T.S. of New England team as well as other paranormal teams from the U.S. and Canada. S.P.I.R.I.T.S. team member Sharon Koogler will also appear on the new series along with Jack.

Jack Kenna's first television appearance was on Paranormal Survivor, Season 1, Episode 106, When Spirits Talk which highlighted his 2014 private residence case in Pawtucket, RI. Jack also appeared in numerous episodes of Season 2 as one of the shows Paranormal Experts and again in one of the shows episodes which covered another of the private residence cases Jack and his SPIRITS team conducted in 2015. Paranormal Survivor is produced by Our House Media in Toronto, Canada and airs in the USA, Canada, the UK, and Europe.

One of Jack's Numerous Appearances on Haunted Case Files